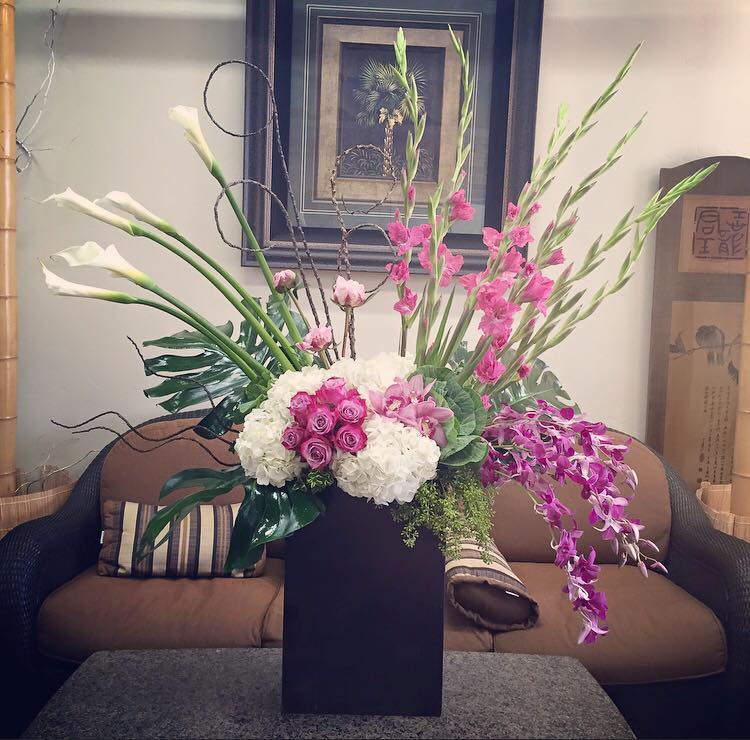 Hand delivered same day flowers to Olcott and surrounding areas. Send flowers by one of the best local florists in our network.

La Tulipe flowers is family owned and operated for over 24 years. We use our extensive network of the best local florists in Olcott, New York to arrange and deliver the finest flower arrangements backed by service that is friendly and prompt. We offer beautiful flower designs that are all hand-arranged and hand-delivered by local florists located in Olcott, New York. Just place your order and we’ll do all the work for you. We make it easy for you to send beautiful flowers and plants online from your desktop, tablet, or phone to almost any location nationwide.

Brighten someone’s day with our Olcott, NY local florist flower delivery service. Easily send flower arrangements for birthdays, get well, anniversary, just because, funeral, sympathy or a custom arrangement for just about any occasion to Olcott, NY. Need a last-minute floral arrangement? We offer same-day flower deliveries on most flower bouquets Monday thru Saturday to Olcott, NY. Just place your order before 12:00 PM Monday thru Saturday in the recipient’s time zone and one of the best local florists in our network will design and deliver the arrangement that same day.*

Olcott is a hamlet (and census-designated place) located in the Town of Newfane in Niagara County, New York, United States. As of the 2010 census, this community population was 1,241. Most locals refer to it as Olcott Beach. It is part of the Buffalo–Niagara Falls Metropolitan Statistical Area.

Krull Park in the northeast part of the village, is the largest county-operated park in Niagara County.
Olcott-Newfane Airport (D80) is located south of the village, but is closed indefinitely except for ultralight aircraft.

Olcott was known for its Coney Island-like beach attractions and attracted tourists visiting nearby Niagara Falls. Many of these attractions have closed, however, after the decline of the City of Niagara Falls and a prolonged economic downturn which has hard hit all of Niagara County. Slowly, efforts are being made to bring back this economic prosperity that the region once saw, and so far has been a success in Olcott. Heritage tourism has become quite popular in Niagara County, and new festivals include the Olcott Pirate Festival as well as a famous car show that takes place during the summer.