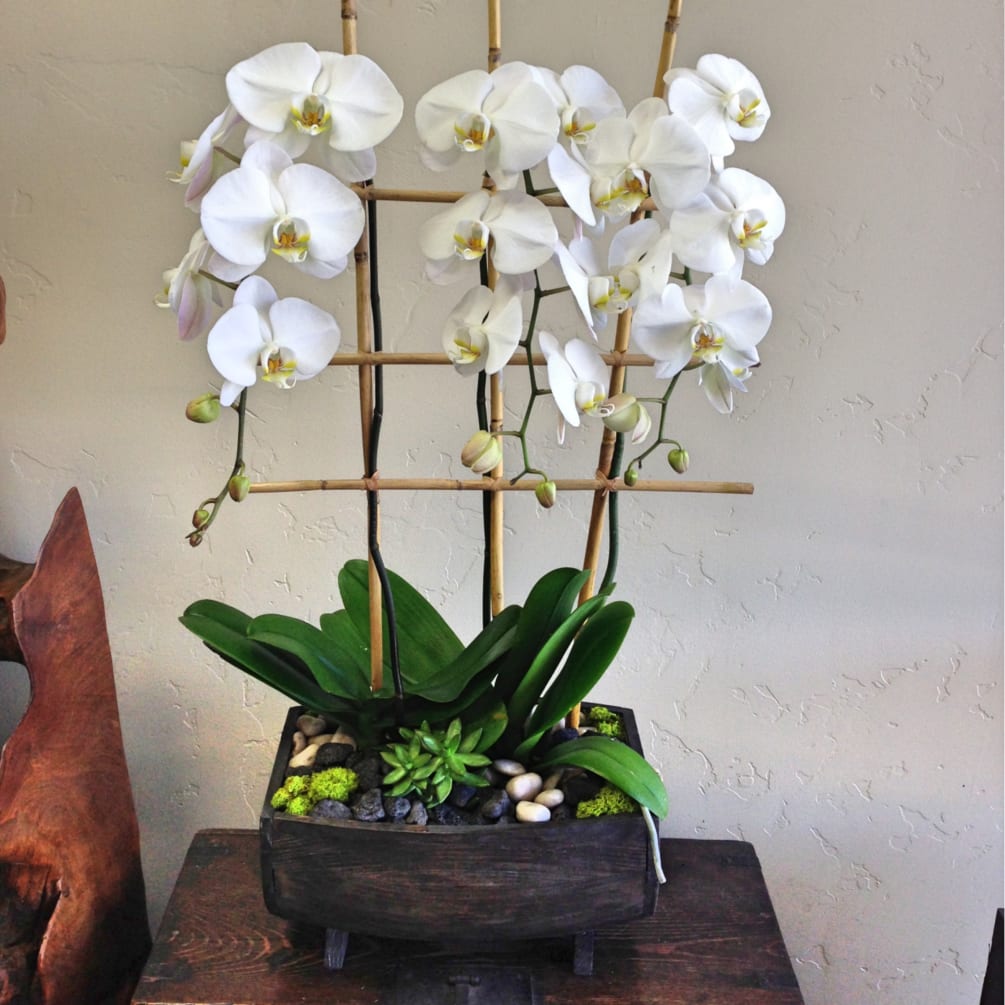 Send fresh flowers to Fort Smith, AR. Same day flower deliveries available to Fort Smith, Arkansas. La Tulipe flowers is family owned and operated for over 24 years. We offer our beautiful flower designs that are all hand-arranged and hand-delivered to Fort Smith, Arkansas. Our network of local florists will arrange and hand deliver one of our finest flower arrangements backed by service that is friendly and prompt to just about anywhere in Fort Smith, AR. Just place your order online and we’ll do all the work for you. We make it easy for you to send beautiful flowers and plants online from your desktop, tablet, or phone to almost any location nationwide.

Brighten someone’s day with our Fort Smith, AR local florist flower delivery service. Easily send flower arrangements for birthdays, get well, anniversary, just because, funeral, sympathy or a custom arrangement for just about any occasion to Fort Smith, AR. Need a last-minute floral arrangement? We offer same-day flower deliveries on most flower bouquets Monday thru Saturday to Fort Smith, AR. Just place your order before 12:00 PM Monday thru Saturday in the recipient’s time zone and one of the best local florists in our network will design and deliver the arrangement that same day.*

Fort Smith is the third-largest city in Arkansas and one of the two county seats of Sebastian County. As of the 2020 Census, the population was 89,142. It is the principal city of the Fort Smith, Arkansas–Oklahoma Metropolitan Statistical Area, a region of 298,592 residents that encompasses the Arkansas counties of Crawford, Franklin, and Sebastian, and the Oklahoma counties of Le Flore and Sequoyah.

Fort Smith lies on the Arkansas–Oklahoma state border, situated at the confluence of the Arkansas and Poteau rivers, also known as Belle Point. Fort Smith was established as a western frontier military post in 1817, when it was also a center of fur trading. The city developed there. It became well known as a base for migrants’ settling of the “Wild West” and for its law enforcement heritage.

The city government is led by Mayor George McGill (D), who made history in 2018 when he was elected as the city’s first African American mayor, and a city Board of Directors composed of three members elected at-large and four members elected by ward.