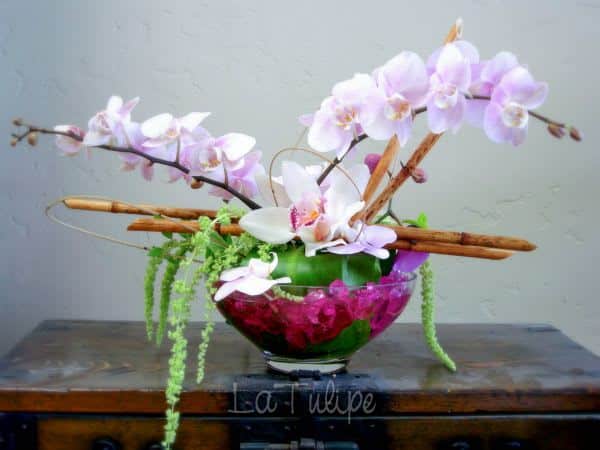 Send fresh flowers to Piedmont, AL. Same day flower deliveries available to Piedmont, Alabama. La Tulipe flowers is family owned and operated for over 24 years. We offer our beautiful flower designs that are all hand-arranged and hand-delivered to Piedmont, Alabama. Our network of local florists will arrange and hand deliver one of our finest flower arrangements backed by service that is friendly and prompt to just about anywhere in Piedmont, Alabama. Just place your order and we’ll do all the work for you. We make it easy for you to send beautiful flowers and plants online from your desktop, tablet, or phone to almost any location nationwide.

Brighten someone’s day with our Piedmont, AL local florist flower delivery service. Easily send flower arrangements for birthdays, get well, anniversary, just because, funeral, sympathy or a custom arrangement for just about any occasion to Piedmont, AL. Need a last-minute floral arrangement? We offer same-day flower deliveries on most flower bouquets Monday thru Saturday to Piedmont, AL. Just place your order before 12:00 PM Monday thru Saturday in the recipient’s time zone and one of the best local florists in our network will design and deliver the arrangement that same day.*

Piedmont is a city in Calhoun and Cherokee counties in the U.S. state of Alabama. The population was 4,400 at the 2020 census. It is included in the Anniston-Oxford, Alabama Metropolitan Statistical Area.

The city is approximately one and a half hours west of Atlanta, Georgia via US Hwy 278, one and a half hours northeast of Birmingham, 20 minutes north of Anniston, Alabama via AL-21, and 25 minutes east of Gadsden, Alabama via US Hwy 278. The campus of Jacksonville State University in Jacksonville, Alabama is approximately ten miles south of Piedmont via AL-21.

The city is located in the foothills of the Appalachian Mountains chain and is surrounded by mountains on the city’s southern and eastern sides. The area is home to Duggar Mountain, which is Alabama’s second highest point, only trailing Mt. Cheaha by a small margin. Piedmont is a tourist destination for outdoor enthusiasts due to its close proximity to many nearby hiking trails, streams and rivers, mountains, the Duggar Mountain Wilderness, the Talladega National Forest and Coleman Lake. Weiss Lake is fourteen miles north of Piedmont via AL-9 and is known as “the Crappie Capital of the World.” Piedmont is home to Terrapin Creek, which is a destination for kayaking, canoeing, camping, swimming and fishing. Each year, particularly in the summer, thousands of people visit Piedmont and the surrounding areas due to the recreational opportunities and natural environment of the area. Piedmont is also home to the Chief Ladiga Trail, which is a paved trail for walking, jogging and bicycling. The trail runs through downtown Piedmont and runs all the way to Atlanta to the east, and to Anniston, Alabama to the south and west.

Two state highways, AL-9 and AL-21, run through the city limits of Piedmont, as well as US Highway 278. The city and surrounding area is served by the Centre-Piedmont-Cherokee County Regional Airport, which was constructed in 2010. Many surrounding communities are served by the 36272 ZIP code, including Spring Garden, Rock Run, Vigo, Knighten’s Crossroads, Ballplay, Pleasant Valley and Nance’s Creek. An abundance of people from the surrounding designated census areas and communities make the short commute to the city of Piedmont regularly for employment, commerce, dining, recreation and general shopping. Portions of the nearby communities of Nances Creek, Spring Garden, Piedmont Springs and Vigo rely on police and fire coverage from the city of Piedmont.

The current mayor is Bill Baker, who was chosen by the city council to lead after elected mayor Rick Freeman resigned due to medical issues.